Marina Krupkina (aka Marina’s Decacorde) is a 10 string guitarist and composer from Russia.

The extended range of the ten-string guitar, as well as Marina’s excellent control of all available strings, opens new horizons in nylon-stringed guitar performance.

Marina recorded her first album «But Does It Djent?..» in 2018, and the second one - «Decacorde Stories», was released in January 2020. In 2021 she has released several singles that prepare the listener for her new album, which is currently in the works.

Marina’s style of plying and composing has recently garnered praise from famous musicians and producers like Tosin Abasi, Mateus Asato, Mike Dawes and even Rick Beato, who included Marina into his video-list «10 Female Musicians You Should Know (2021)». 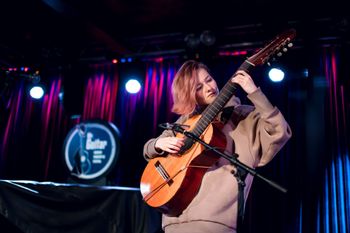 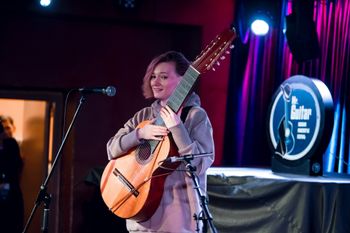 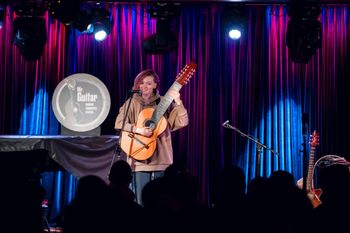 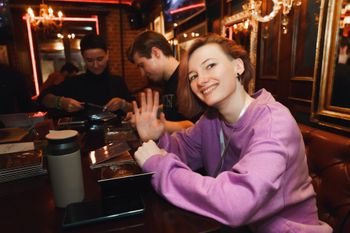 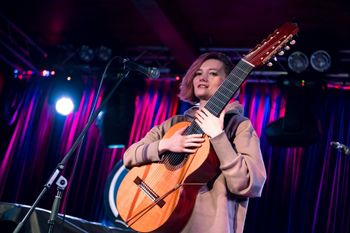 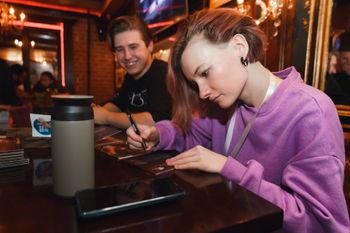 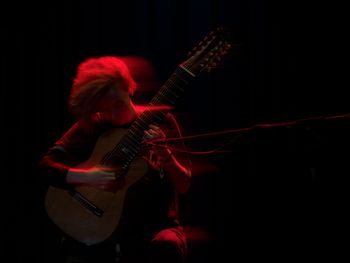 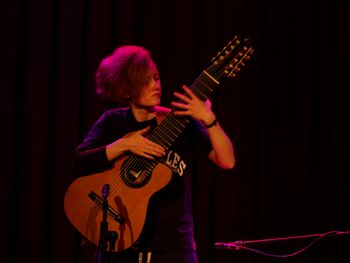 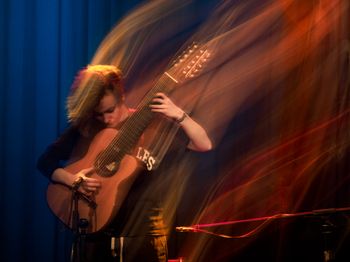 "Russian born guitarist Marina Krupkina has been forging a new path within the world of classical guitar. She brings with her a stylish approach and an air of cool while carving out her own very unique sound. Marina has made arrangements of monumental works like Beethoven’s 7th Symphony, she improvises around themes by Vivaldi, and composes her own music which makes use of  interesting harmonies, rhythms, grooves, and extended techniques like percussive tapping and harmonics. Marina has two full length albums to her credit, a large catalog of finely produced YouTube videos that not only showcase her talent for playing, but for composing, recording and producing as well.  She works extremely closely with the esteemed classical guitar composer Nikita Koshkin, re-envisioning many of his works, and whether you’re following her on Instagram, Facebook, or YouTube,  Marina has been bringing much deserved attention to the decacorde and showing the world just what 10-strings can do.     Marina recently sat down with us to discuss how she found the decacorde, what a day in the life is like for her, what it is like to work so close with Nikita Koshkin, her eclectic influences, recording, and more". - Brad Conroy

"Today I pay particular attention to play all my guitars (six, seven and ten strings), but the encounter with Marina Krupkina's work suddenly increased my enthusiasm for music, guitar and especially 10-string guitar. I have never met a musician who was as completely free as Marina is. Musically, technically (when one is both capable of everything and when, above all, one allows oneself everything, then one is entirely free!) and artistically she is an irresistibly fresh wind. And she builds a natural bridge between tradition and future. It is no coincidence that she plays a ten-string guitar. And brings it clearly to the next level. Ten-string guitars are attractive and contagious - aren't they?" - André Stern

"This is fantastic!" - Tosin Abasi

"I've been following you for ages. Your playing is amazing!!" - Alan Gogoll

"Marina always goes further than one might think. When she was given six strings, she changed them to ten, when she was offered an arrangement - she took a Beethoven's symphony, and faced with a shortage of repertoire for a decacorde, she began to compose her own! Nothing to be surprised about if the talent is bigger than you can imagine!" - Nikita Koshkin